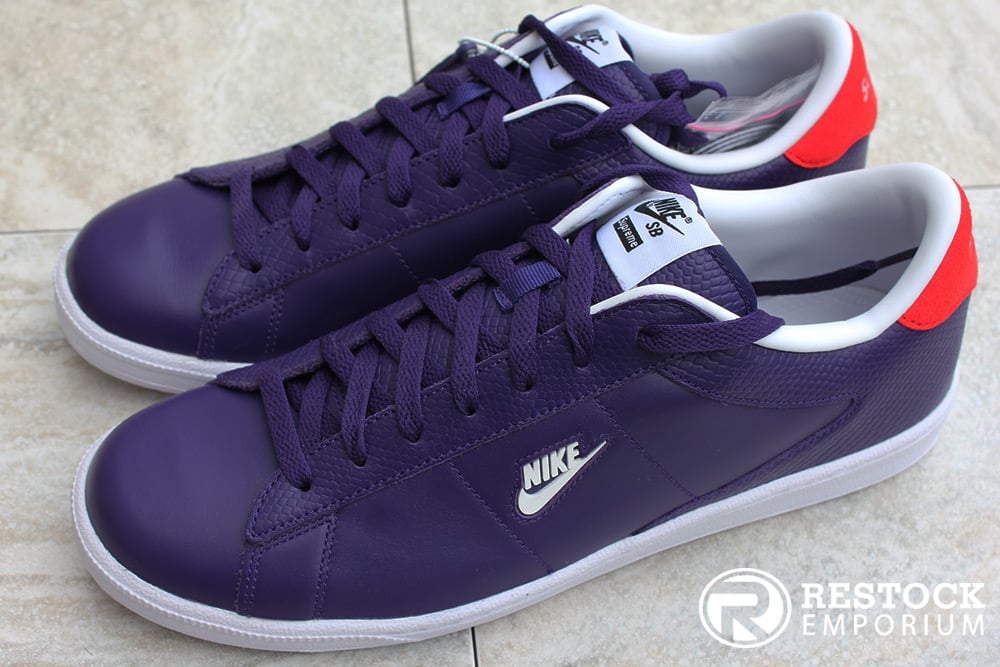 
Originally named the “Wimbledon”, the Tennis Classic vamped up in the 80′s with the addition of a cup sole, and again in 2005 when Nike added Zoom Air to make it skate-ready. Nike and Supreme bring back the Tennis Classic with high-quality premium leather uppers and snakeskin-like pint on the heel and ankle collar of the shoe in four exciting color-combos as well as Supreme branding on the tongue, heel, and insole.