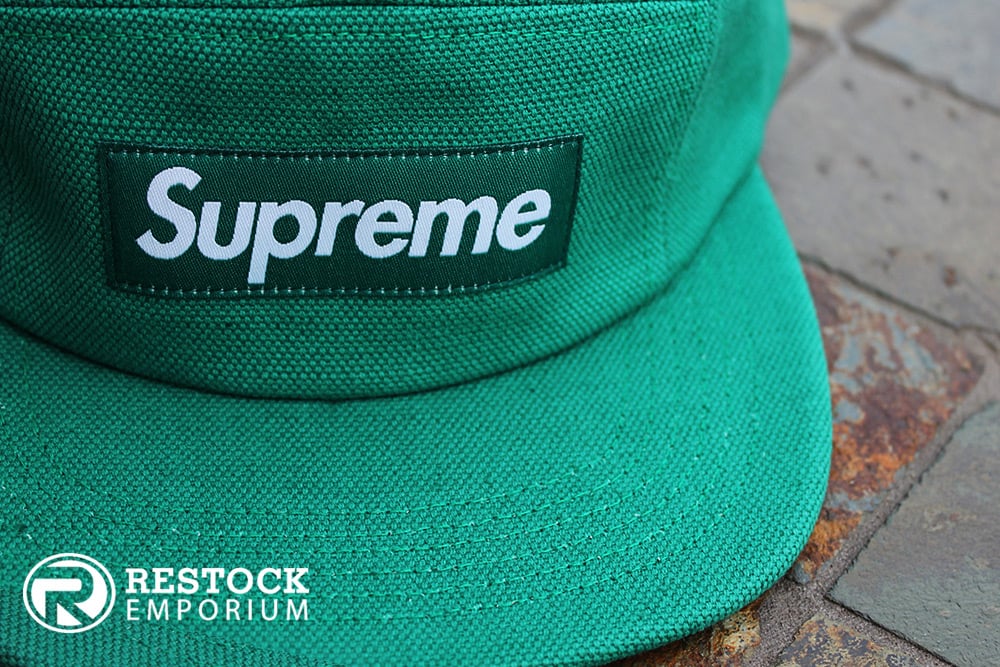 Color: Green
Condition: Brand New (Comes with original Supreme bag and sticker)
Size: Adjustable strap on back in 5 panel (One size fits most)